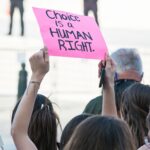 How to get Cancelled in 2021: A Time Traveller’s Guide

On March 11, 2021, I created a satire media publication. Almost 1 year later, the same publication was cancelled, wiped clean from the internet. You may know the publication in question, but if you don’t: welcome to it. The internet’s time without Mr. Unpopular has been long and boring, and I know many of you have been awaiting my return. I also know there’s no better way to emerge from the shadows than to announce a hilariously ironic accomplishment. So here’s what’s going to happen. You’re gonna hang up that computer call, text your boss, and book the rest of the day off. I’m feeling comedical.

It was a hot summer day in San Fransisco – or maybe it wasn’t. I don’t know because I don’t live there. Regardless of the weather in San Fransisco, something cool was about to happen where I was – I just didn’t know it yet. A hot cup of tea sat on the table in front of me as I worked away at PhotoShop on my laptop. Maybe 10 minutes earlier, I had gotten the idea to start a satire blog as a platform to pick apart popular culture.

So there I was, building a logo for my spontaneous creation. It looked good, but I could tell something was missing. “Maybe a slogan?” I thought, but I didn’t have a slogan. What was I supposed to put? The answer came to me almost instantly – a phrase so ironic it would make half the population laugh, and the other half roll their eyes. My hands moved to the keyboard and… “Cancelled Since 2021”. It was perfect.

The site wasn’t actually cancelled (mainly due to the fact that it was brand new), but it didn’t matter. I had to poke the bear of cancel culture and assert my dominance over it. The slogan offered comic relief, referring to the growing buzz of cancel culture, but it offered little meaning beyond this. I decided I didn’t care and, shortly after designing the logo, ran the site for 9 successful months. My reader base grew, and my creation eventually gained 500 monthly readers. I was having a blast. “Mr. Unpopular” kept producing satire articles about movies, music, trending topics, and political disasters, and people kept reading them.

One fateful day, my web hosting provider decided my content was too “low quality” to be on the internet. The site got taken down by my web hosting platform at the time, and I lost the digital empire I was trying to grow – forever, Or so I thought.

The truth hit me later that week. Mr. Unpopular had been cancelled. My slogan was no longer a joke. I had ironically set myself up for this very moment, and it was absolutely impeccable. I truly did get cancelled in 2021, accidentally reaching a brand milestone. The only downside was that I had lost every single article I had ever written, all of my content just disappeared – sort of like your bike when you leave it outside at a Walmart for too long.

Now you’re all caught up, and I’m back from my non-consensual hiatus. If had to choose a key takeaway from this experience, I’d say this world is filled with entitled morons who don’t know how to forgive and forget. Am I one of them? Absolutely. I don’t forgive and forget. We’re beefing, GoDaddy. You’re going down.

So that’s pretty much a summary of what’s been going on, in case you were wondering. Bring it on GoDaddy, throw everything you can at me, I dare you. Everything you have enough strength to lift, that is. And for everyone who is un-related to GoDaddy in any way: I encourage you to sign up for my email list (or a subscription), and join me in part 2 of this hilarious internet conquest.

See you next time.