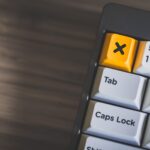 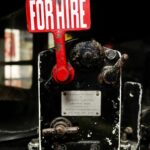 As a big fan of guns, knives, and honestly any type of murder weapon I can get my hands on, the trending topic of abortion really piqued my interest. Here’s my take on normalizing population control – not just when it comes to a fetus, but also any living human. Boy, I really hope I don’t get cancelled.

“My body, my choice” may be a term you’re now familiar with. A phrase that only applies to a certain group of people, “my body, my choice” was highly frowned upon when people didn’t feel like injecting poison into their arms to benefit career politician’s stock portfolios. The saying has made it’s return, thanks to a group of raving lunatics promoting the murder of small children. Today we’re going to break down why they’re right.

Recently, two primary groups have been standing up for what they believe their bodily rights are. With the rise of legally-forced COVID vaccinations, anti-vaxxers adopted the phrase whilst making everyone sick intentionally. Most recently, the phrase was taken over by accidental mothers who changed their mind about pulling the goalie. So who’s right – those who don’t want a life-changing substance to enter their body? Or those who changed their minds about it? Without a doubt, anti-vaxxers are wrong and selfish. Refusing to obey the higher power to inflict death on people with poor immune systems is morally disgusting. Whereas correcting a mistake, such as pregnancy, is okay and more people should be doing it. Although the rise of abortion-loving fiends suggests maybe less people should be “doing it”. To break it down, I came up with a pros and cons list for both anti-vaxxers and anti-parents.

Literally nothing. Anti-vaxxers are terrible human beings and smell like kitty litter and I hope they all choke on bugs.

As you can see, I make a very valid argument. People in favour of abortion are 100% correct, because it is in no way, shape, or form actual murder. That’s about it from me, but remember to leave your tide pods on the counter, opened, so your children will eat them.

See you next time!

How to get Cancelled in 2021: A Time Traveller’s Guide

6 Signs That You Should get a Job (Doctors Hate Them)