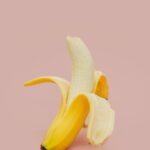 As September rolled to an end, everyone’s favorite social media platform entered a weird era we would never expect. Is “Termite Twitter” the real deal, or is some mad genius using it all as part of a marketing strategy?

I was just as shocked as the next guy when I found out that a colony of actual termites made Twitter accounts to interact with us humans. What did this mean? How did this happen? Surely evolution must be real if termites can suddenly grow thumbs and download social media applications! Truthfully, I’m still very confused by this movement. It’s 2022 and, obviously, humans lack the teamwork skills to pull this off. Which leaves only one possibility: termites now know how to use phones. And text. And they will use these newfound abilities to infiltrate our society and ruin us as a whole. So yes, Termite Twitter is real. And yes, we all very well may be doomed. On a lighter note, Twitter Termite could be the greatest marketing scheme since McDonald’s Monopoly. Think about it.

Out of suspicion and the pure joy of finally being able to talk to my favorite animals, I tested out #TermiteTwitter. Over the next few minutes, I was welcomed with warm replies from actual termites using Twitter – thus pushing my post to even more termites, and boosting my engagement even more. I also noticed a lot of termite action on any post with that very same hashtag. So naturally, my curiosity took over and I made a termite account hoping to infiltrate this group of amazing and surprisingly tech-savvy beings. My presence was acknowledged by many termites, and I quickly grew a small following of bugs. But that’s not the marketing strategy, because we all know numbers are a fake social construct invented by aliens to distract us while they slowly move into our grandparents’ attics. No, the best part was the colony itself.

As the only human member of the termite community, I cannot fully disclose what goes on in our colony – yes, our colony. We never know when a group of ants or a kid with a magnifying glass is going to enter the chat, and I couldn’t dare snitch on my bug brothers. But the termites keep an active eye out, and engage with so much content it’s crazy. Who knew termites were chronically active on social media? But that’s not important. We all know social media is a fake social construct invented by aliens to distract us while they slowly eat all our grandparents’ groceries.

Engaging with this new social group led me to two possible conclusions.

1. Evolution is real, termites are cool, and humans are not superior to any animal because we are all equal in the eyes Beyond Meat.

So yeah, termites are real. And they can probably talk, too.